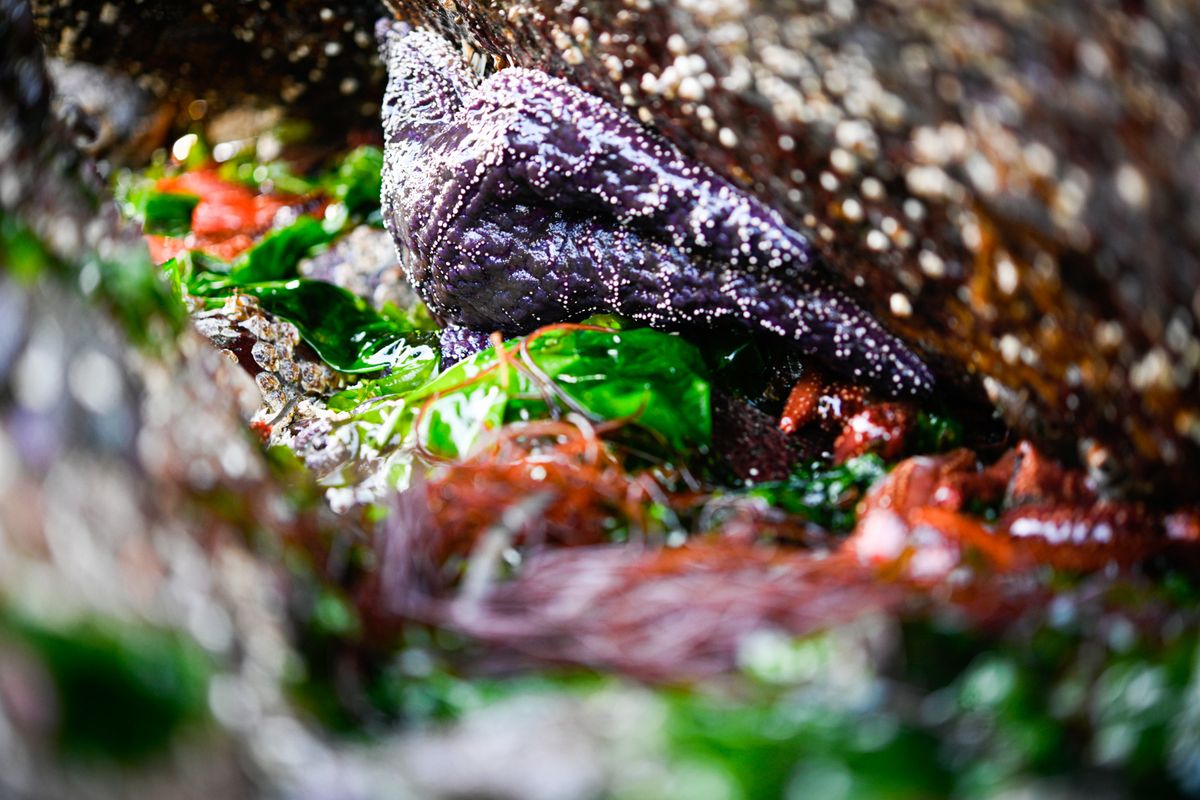 The "super low" is when the sea pulls up all her water and reveals some of her mysteries beneath the water line.

The pandemic hit just as I was preparing for a two week artist residency at the Centrum Foundation in Port Townsend. Not to be deterred, I took advantage of my working from home husband for more childcare. I used my time to photograph around the waters edges at Golden Gardens Beach.

The super low tides that come with spring and summer reveal an alternate universe teaming with sea life and shells. The tide is pulled to extremes with the new and full moons. By the end of March I was beginning to see starfish, technically called Sea Stars and Sea Cucumbers.

I soon learned that the Sea Stars had been hit in 2013 by the Star Waisting Disease (also called Sea Star Syndrome) that appears periodically and devastates populations of Sea Stars. It isvrelated to an increase in temperatures of ocean water but remains mystery.

click on the image to see more sea stars

I got to know the the thicker and fuller star fish called the Ochre Sea Star. Most of them were purplish to redish purple. They moved around certain rocks over a 24ish hour period. My observation of their movements became a meditation.

I did not develop a special relationship with one or a few but rather became aware of how different my human frequency is from theirs. That awareness demanded a respect which included putting the camera down and being present. It is a respect that accepts certain differences will not be overcome. These differences are an opportunity to learn. My time with the sea stars allowed me to explore their texture, size and color variations and especially their stillness. See more photos here.

I took a few videos on my last day visiting the low tides. There was a Sea Star who I saw repeatedly moving around the surface of a particular rock over a few weeks. I was never able to perceive it's movement but overtime those movements were evident. The final days' videos are bellow.

My photos are a memory and a guide for me. I never know all their lives entail but the act of observation pulls me out of covid pandemic, replicates a practice of learning through meditation. I observe and explore what is in front of me, striving to be curious and open through my mind and heart. 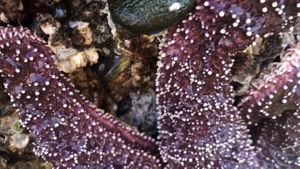 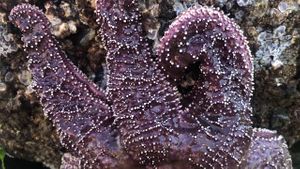 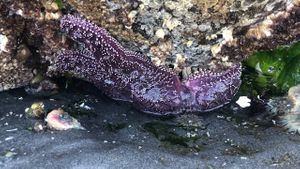